My name is Brenda Makande and I am aged twenty. I was born in January 2001. My father passed away when I was twelve. Life became more difficult after that. I had to go to school as well as help my mother to sell tomatoes at the market in Chipinge. The money we earned was not enough to cover all our expenses. I had incurred debts at school and I was not allowed to get into classes to learn with others. I became isolated, no one among my family members tried to help. I tried applying to work at school as a cleaner while the school had to pay for my fees but I could not get a chance, that’s when I met a man with the name Father Nicholas Stebbing with Edwin Komayi our administrator in the year 2012. They assisted me to become part of Tariro. I was able to go back to school and continue with my education. All my debts were cleared at school. I got new school accessories and they provided food. I finished my primary level at Matione Primary School in 2013 and continued to my secondary level at Gaza secondary school. I spent four years and obtained four subjects at ordinary level. I went on to supplement two subjects all thanks to their patience with me. I applied for college in 2019 at Mutare Polytechnic and in January 2020 I began my college life as a residential scholar studying Information and Technology (IT). Up to now Tariro has provided food, stationery, clothing, upkeeps and they pay my fees. My life has changed. I have learnt a lot in Tariro, I get to visit beautiful places in Zimbabwe and interact with others through workshops. I have become more responsible, a girl after her dreams hoping in the future to own a company which deals with computer accessories and to be a database administrator. I also want to share the privilege I got to others in Tariro. All thanks to Father Nicolas Stebbing along with the board of Tariro I am establishing my own identity. 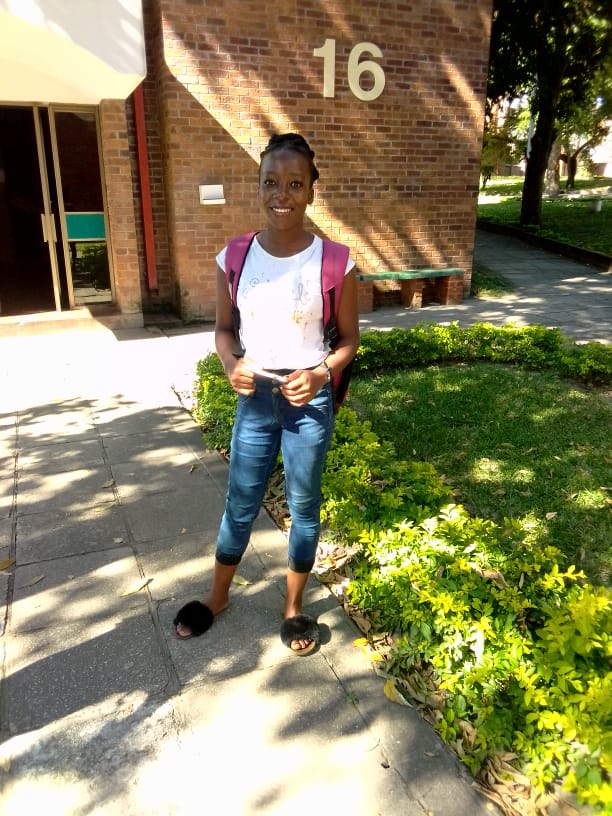