Agriculture, O levels and a retreat with nuns!

I returned a few days ago from three weeks in Zimbabwe. I arrived there on Easter Monday and on Tuesday morning Edwin and I set off first to Shearly Cripps Children’s Home where we picked up five sisters and then headed across country to Marondera, Rusape and finally Nyanga where we met another nine sisters and one brother for a retreat. The sisters in Zimbabwe are godly, hard-working and very short of money so they hardly ever get a proper retreat where they can relax and pray. At Nyanga there is a small retreat centre managed by Franciscans and the community of St Andrew in London paid all the expenses. The sisters loved it, especially the mountains of food, cooked by an excellent chef!

We returned to Harare for a few days and then drove down to Gweru where we stayed with Friar Joshua and his sisters in the Monastery of the Holy Spirit on their newly created farm. From here we visited St Patrick’s Gweru where Ebenzer, Lamek and Angie awaited us. Angie is very shy but the other two were more than able to engage in a challenging conversation about Zimbabwe and the future of agriculture.

The next day, after a brief meeting with the Bishop, we drove down to St Francis, Shurugwi (over a dreadful road) and found 13 young people waiting for us, including Takudzwa who is normally away in Bulawayo pursuing a degree in engineering. As usual we ate a good meal cooked over an open fire by the girls. (I can’t change gender roles in Africa!) In the ten years we have worked at St Francis we have generally found the girls hard working and the boys bone idle, as I was at that age. Now suddenly we have a very nice group of boys who are well adjusted, happy and doing quite well in school.

After three days in the Holy Spirit Monastery we returned to Harare in time for me to preach at a Church in Glenview, outside Harare where Fr Justin Matyatya is the priest. 300 people and two hours of enthusiastic singing left me elated and exhausted. I was glad of a day’s rest. Then we set off to Penhalonga where we met again with six more delightful young people. The three new girls Tariro has taken on there are Ivy, Happiness and Delicious. It’s very hard to say their names with a straight face!

Along the eastern border of Zimbabwe is a wonderful range of mountains, known simply as the Eastern Highlands. To the south are the Chimanimanis; to the north is Nyanga where Zimbabwe’s highest mountain, Nyangani, stands. Just behind Nyangani is the Honde Valley, a low lying, hot, wet area of considerable fertility and its own kind of beauty.

Two years ago, with funding from the Fellowship of St John, we bought a hectare of land here, built pig sties and a small house, and installed irrigation from a small river. At the beginning of last year, Tariro planted sugar beans, and later in the year moved the pigs down from Harare where they had not been doing well. Fr Mutasa knows pigs well and has overseen a renewal of their blood and breeding lines. There are now around 40 pigs of various ages and sizes. Four sows have given birth in the last few months. Two more are due to produce soon. From July they expect to sell regularly to the local pig market. By the end of the year Fr Mutasa confidently expects they will be meeting about 30% of Tariro’s costs from within the country. This is really important as fund raising in UK, with the Ukraine war and the sudden rise in the cost of living has become more difficult.

It was wonderful seeing the pigs on this visit in April. They are great fun, the young ones leaping up and down like Labrador puppies. An animal welfare expert told me this is a good sign they are being well looked after. They trust and like humans.

Almost all the land now is under cultivation; most of this is sugar beans which will be harvested soon and replaced by cabbages (principle of crop rotation as cabbages will put back in the soil what sugar beans take out). They have also planted 20,000 onions on a patch near the river. The really good news is that the pig manure provides all the fertilizer we need. This saves us money (and another result of the Ukraine war has been the massive increase in fertilizer prices) and is environmentally far better. Vegetarians and vegans please note: animals are good for the environment and good for the crops, when properly cared for.

At the moment there are three Tariro young men working on this plot: Chengetai is full time and mostly cares for the pigs. Walter and Munyaradzi are waiting to go to university and are filling in for six months. Tariro see this as an opportunity for the youngsters to contribute to the funding of their studies and upkeep. This is what the rural ones would do anyway at home.

It goes further though. Zimbabwe is short of food and has to import a lot. This is ridiculous in a country with such good agricultural land. Zimbabwe should grow its own food and not waste foreign exchange on imports. At the same time there is a massive shortage of jobs. Most young people, even with good training, will not get jobs in their chosen careers. Is small scale intensive farming the answer? We talked with a number of people who think it is. Up till recently in Zimbabwe farming meant either large, high capital, high risk commercial farming, or low quality, not very profitable peasant farming which was hard work and pretty boring. Nobody want to do that. Now, however, there are many well educated young people doing a variety of crops: fruit farming for mangoes, avocado pears, macadamia nuts, peaches, spices, chillies, ginger. Fish farming is becoming quite wide spread and can be done in a small area. This kind of well-balanced agriculture is fascinating to do, profitable, good for the environment and good for the country. It represents a kind of revolution taking place in Zimbabwe somewhere below the radar. We would like this to be a way forward for many of the Tariro youngsters.

Already, Lamek Mhondi, having excelled in his first year at agricultural college (distinctions in all four subjects) is providing with expert knowledge. Liberty Sigauke has embarked on A levels in biology, geography and agriculture. Munashe is doing agriculture at O level. We need to do more thinking and work on this but it seems to represent an exciting way forward for the Tariro young people.

All in all, it was a very happy visit! Thanks to all of you for continuing your support in these difficult times. 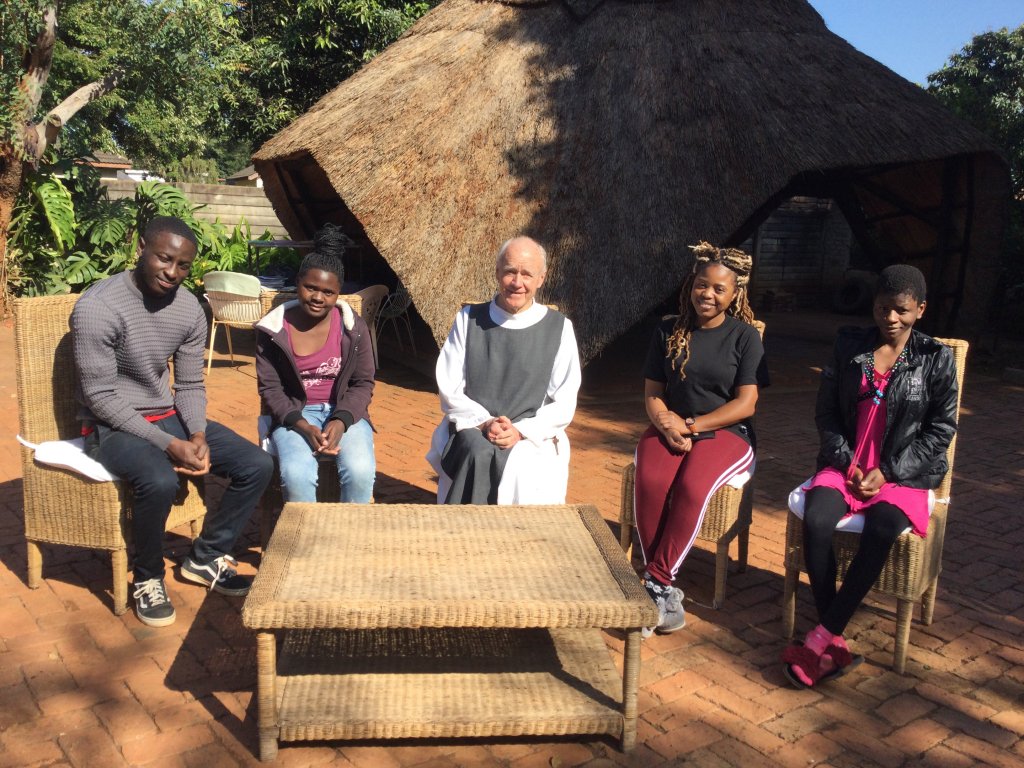 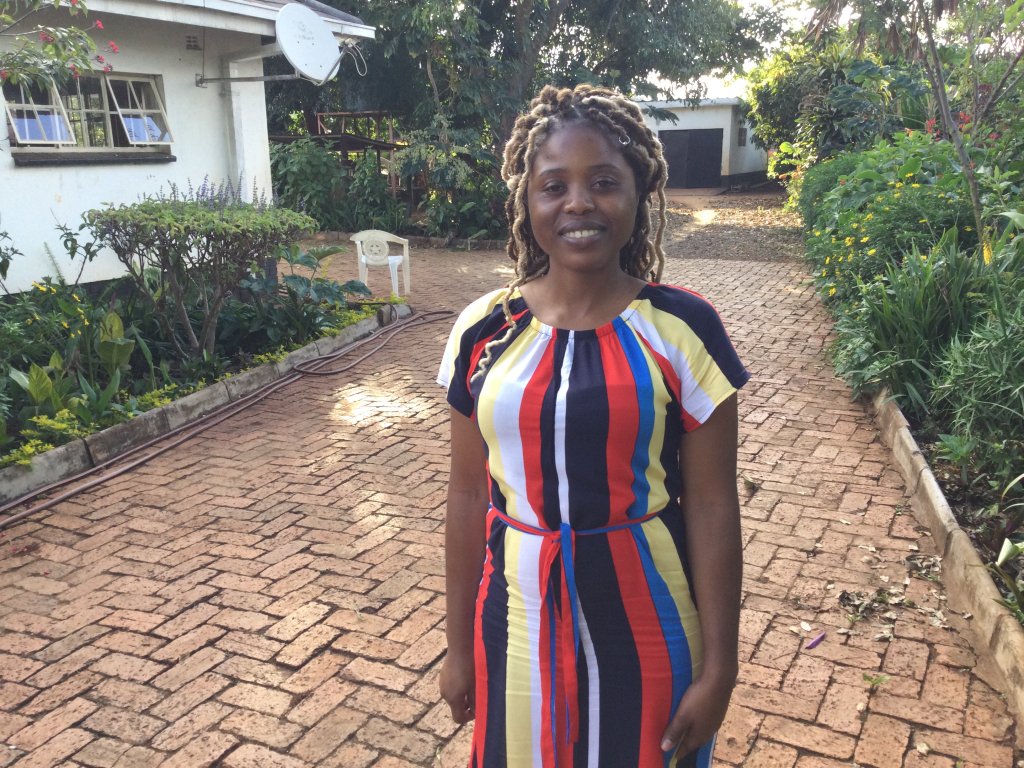 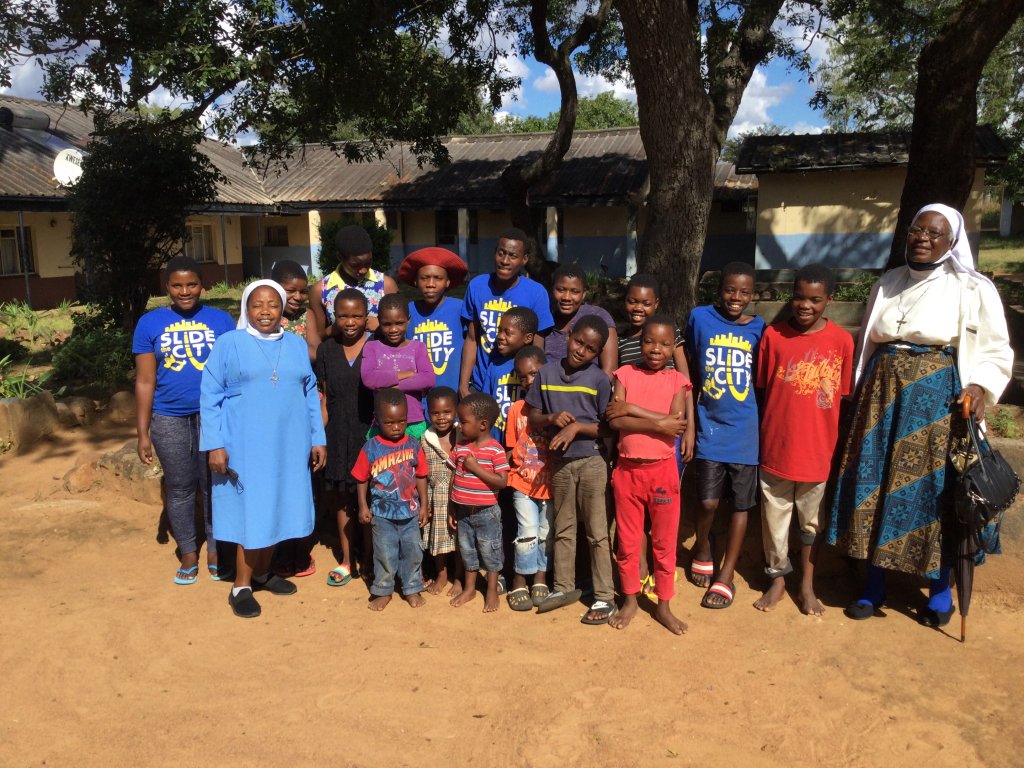 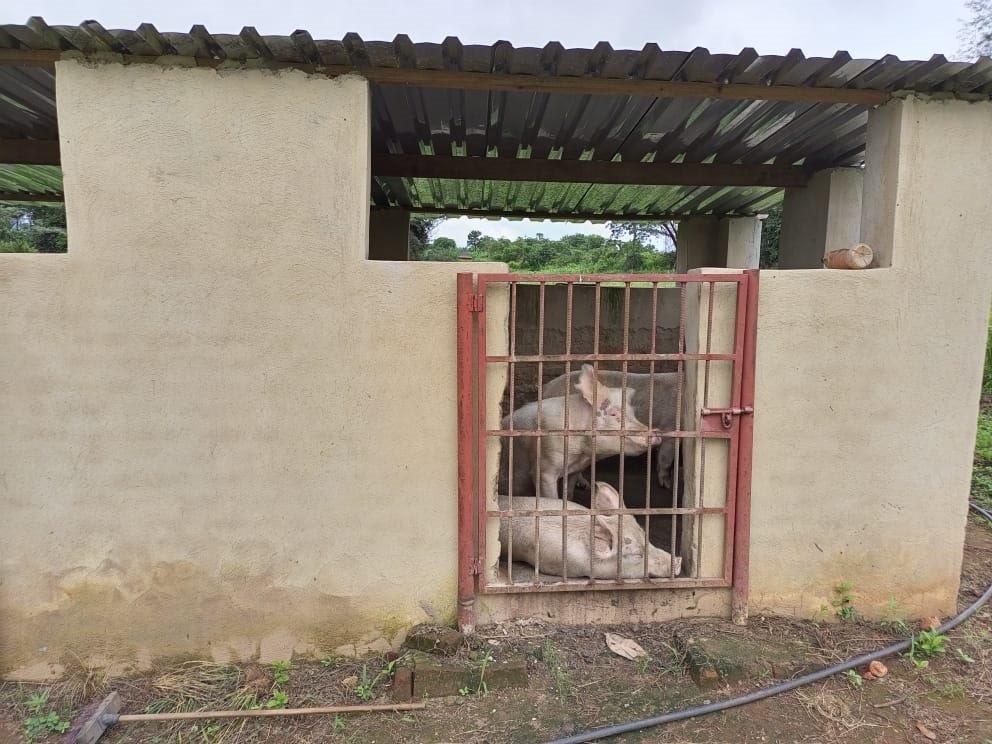 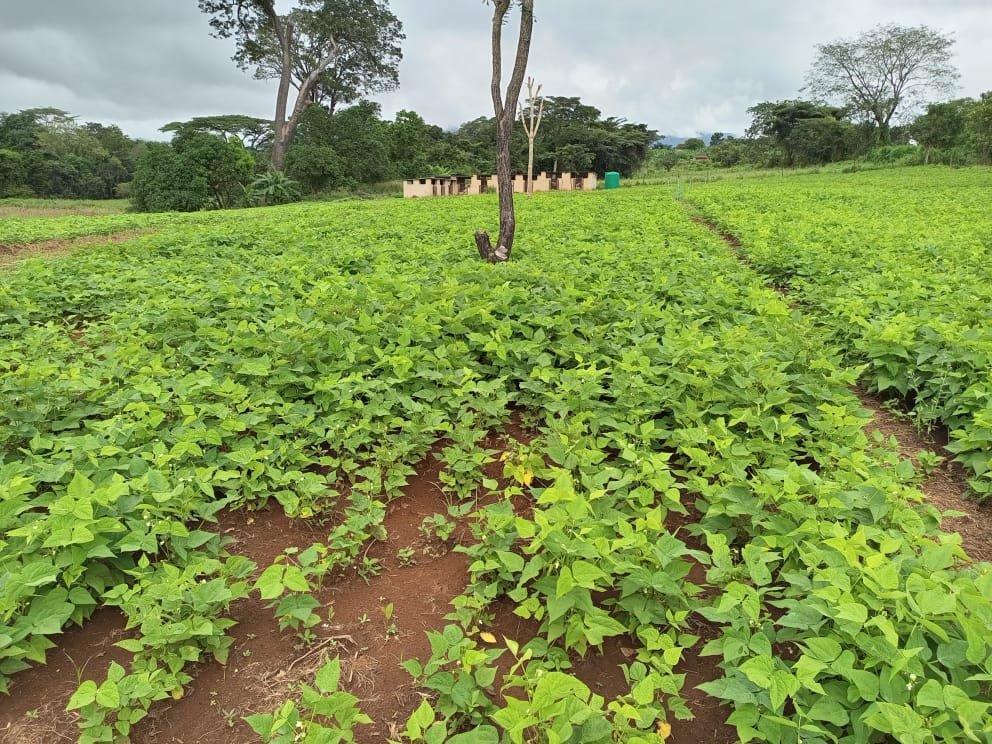 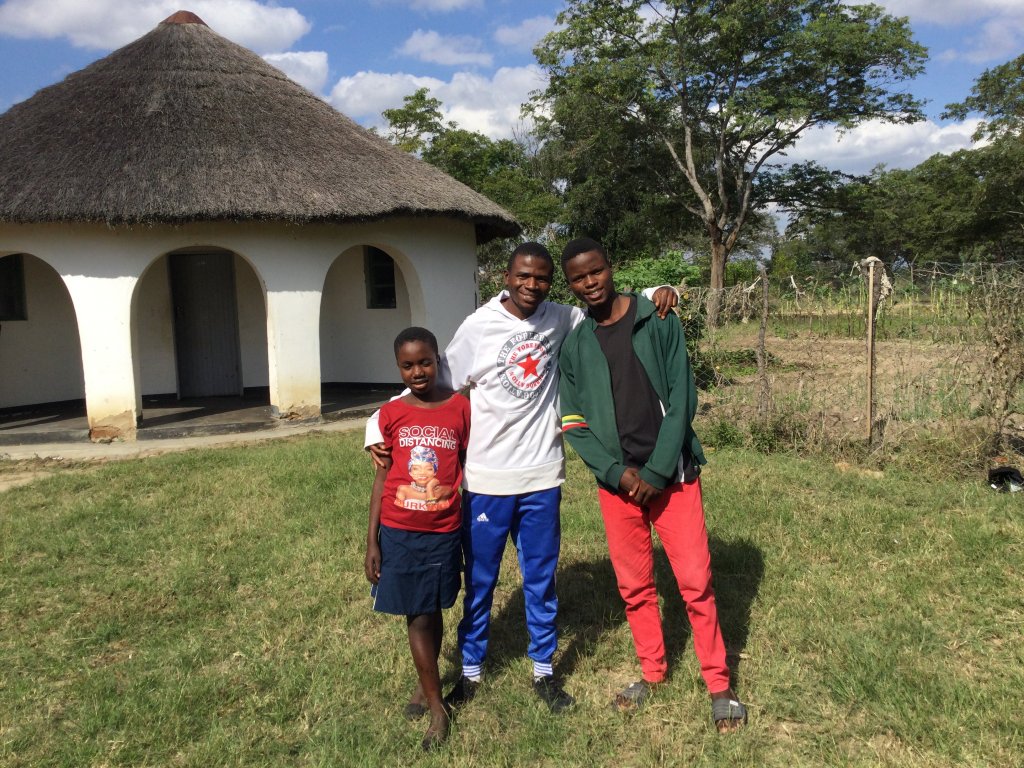 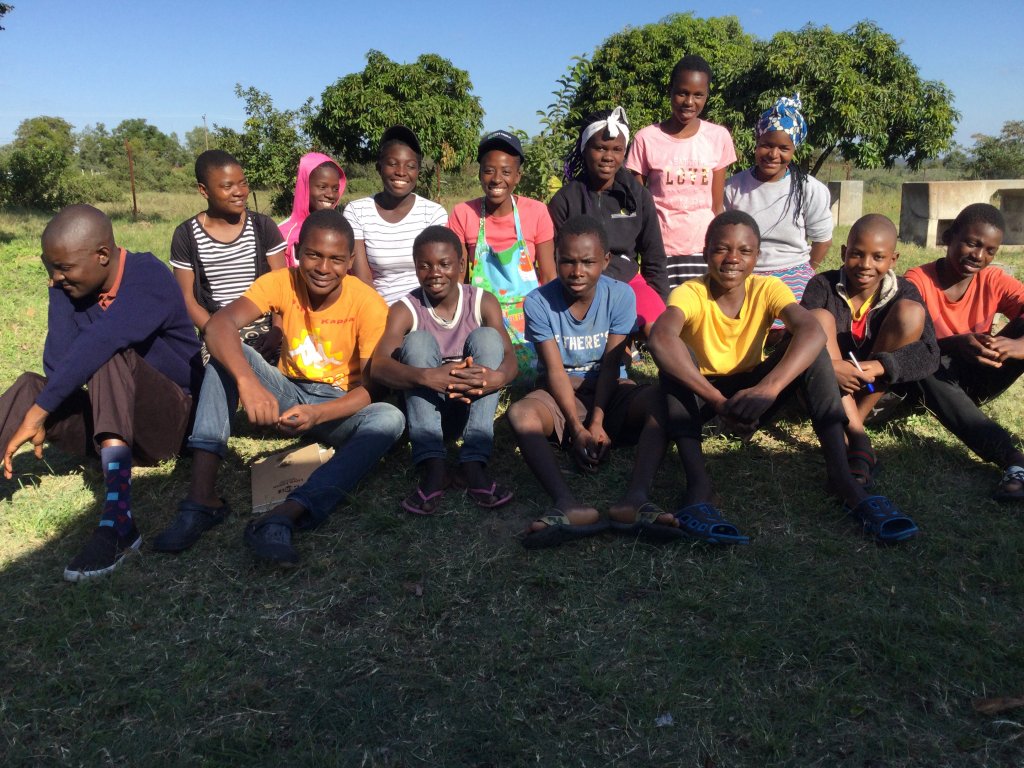 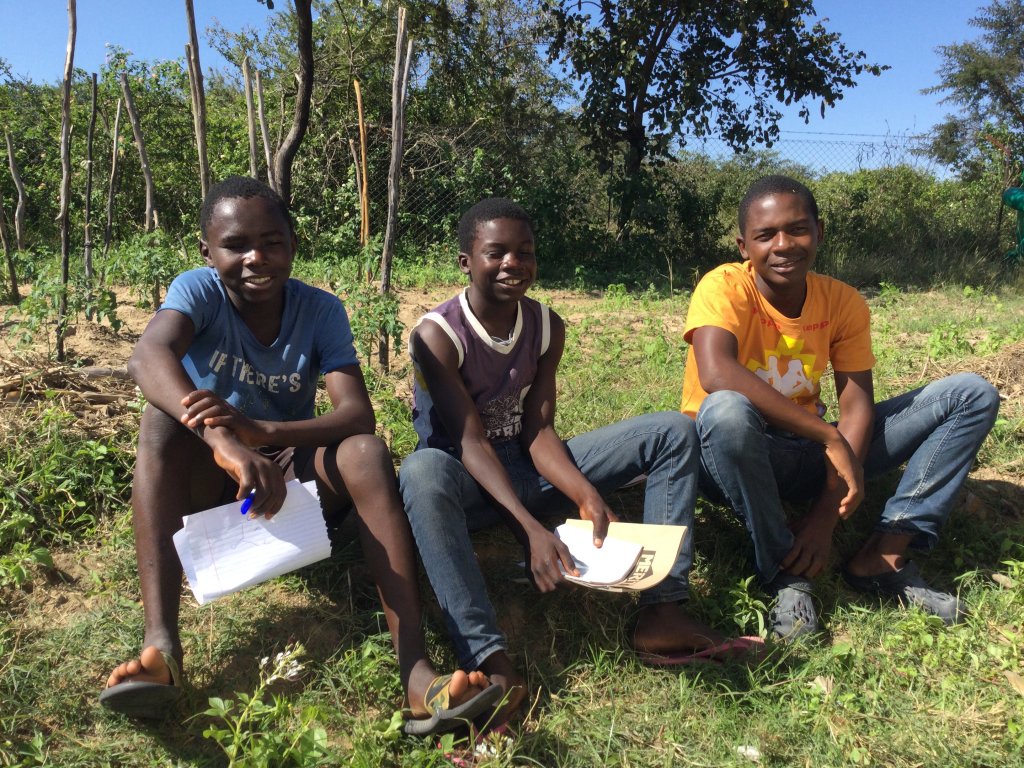 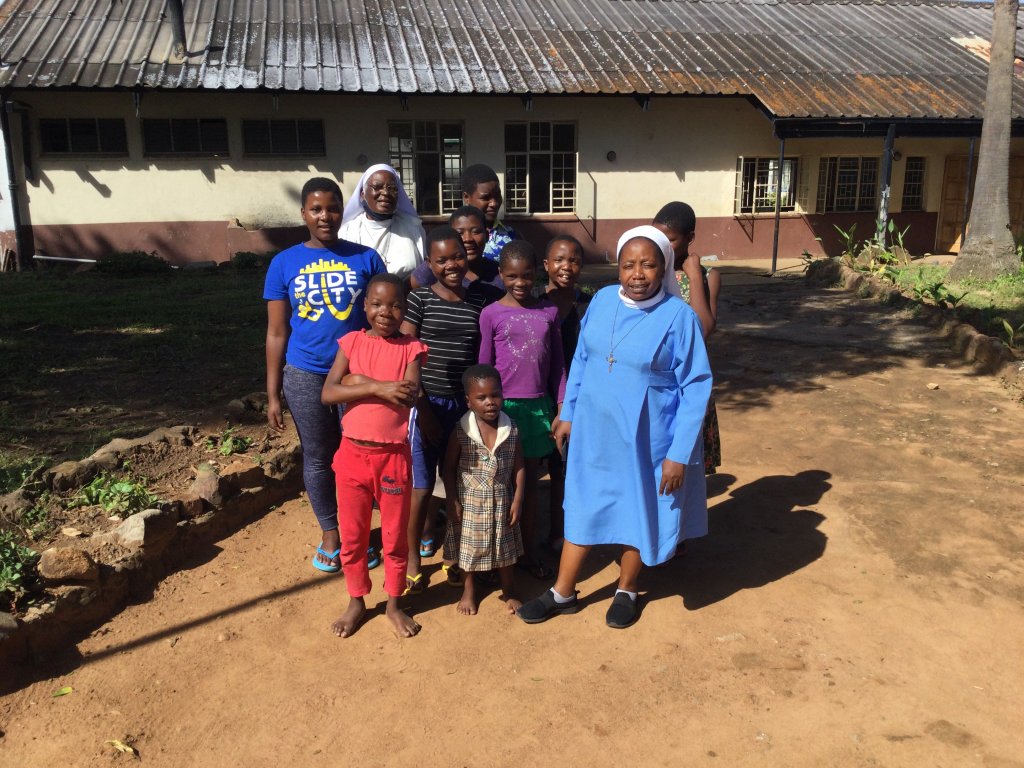