Zimbabwe before the cyclone

I was in Zimbabwe from 20th February to 14th March. I go as a trustee of Tariro UK to check that our funds are being well spent and to bring back stories that will give you wonderful supporters some idea of the changes that are happening in the young people’s lives. Mostly the young people are doing well. There are just occasional problems.

News of the young people

Tinotenda is a lovely boy. He is 16 and in Form Four. He was abandoned by his parents when he was young and has been well cared for by a priest and his family. He is now in a boarding school and has been doing quite well. So why did he suddenly abscond from school and only turn up a week later telling a story full of holes and obvious untruths? While I was there, his headteacher helped him to unravel this story and work out how to set him back on the right track.

Tatenda is also a delightful boy. He is now in Sixth Form doing Maths, Physics and Chemistry. For reasons that are still not clear he has made a complete mess of this, bunking classes and behaving badly. When confronted with his misdemeanours Tatenda admitted everything and promised amendment. The excellent new chairman of Tariro in the rural areas is going to take the young man in hand.

I tell these stories because it shows how the funding from Tariro works in Zimbabwe. Although it is purely a funding organisation, the impact the money has on the ground and the way it is deployed is truly live changing. The youngsters give surprisingly little trouble. When they do Edwin and the trustees of the two projects we support try very hard to help them. Of course teenagers will give trouble; you hope it is a one-off and won’t last. But these young people have various kinds of trauma in their past: of being abandoned, or abused, or hungry. They worry about their future; they are insecure and often frightened they will be abandoned. It is important to pull them up firmly on bad behaviour, yet show them they are loved and won’t be abandoned. One solution will be to repeat last year’s highly successful camp. The projects in Zimbabwe asked us to provide the money for them to take the youngsters from the Eastern districts to a camp where they can have fun, do some learning, have access to counsellors, and two of our excellent trustees (both very experienced retired headmasters) can talk with them and help them sort out their problems.

By way of contrast, a boy they recently took on, rejoicing in the extraordinary name Elshaddai (one of the names of God!) is head boy at St Anne’s Wedza, speaks fluent English and is delightfully confident and mature. The two sisters you have heard of before, Talent and Valentine, also get better and better – Talent has finished her degree and is looking for a job. Valentine is completing her first year of business studies and loves it, especially Accounts. Both are a pleasure to talk to. And Anesu Chitsunge, who is a brilliant artist is loving his art studies and dreams of having his own gallery. He is an interesting young man, quite inarticulate until you get him talking about art. He agreed with me that Shona culture really has no artistic tradition. In recent years they have a developed a very fine tradition of sculpture. Anesu tells me most Shona artists concentrate on abstracts. He now prefers ‘realism’.

At last TYP in Harare has started its pig project, generously funded by the Fellowship of St John. It has taken a long time to get it running as Zimbabwean shortages kept delaying things but finally Edwin and I loaded three squealing, hyperactive young lady pigs (yes, I know they are called sows, but these are special) into the back of a pick-up and drove them 150 miles to Harare where they are now happily settled. This project should provide a good stream of income for Tariro in Zimbabwe which will reduce their reliance on overseas funding. It also provides jobs for two grown up orphans which is great for them.

Another exciting venture is a new chicken project funded by a local Zimbabwean firm. One of their executives, Dave, is a ‘kicked-off farmer’ who despite having lost his farm to the wicked ZANU-PF politicians remains very committed to the people of Zimbabwe. A few years ago he helped TYP start a very successful chicken project in Harare. Now he is helping TFYP with a chicken project in rural Shurugwi. Tariro kids will do this together with the church and the school at St Francis Nema. If it works, it will be a real benefit to the local community and to the unemployable young people there.

Zimbabweans do all their studies in English. Unfortunately their English is not very good as they hardly ever speak it outside the classroom. This prevents them doing as well as they could. One way round this is to get them to read novels in English. On this visit I had the fun of loading several boxes of donated books into our pick up and letting the kids choose what they wanted. Enid Blyton, Harry Potter, Alex Rider and the like are always popular and as well as getting them into the habit of reading for fun (not just for study) it really does improve their English.

Tariro in Zimbabwe is separate from Tariro in UK. From the start the Harare part has run itself, excellently supervised by Fr Phillip Mutasa, Dr Beata Tumushine and Barbra Ncube. The rural part of Tariro is now really developing structures. The administrator, Edwin Komayi, travels about 1,000 kms each month by public transport to visit the children and make sure they have all they need. The trustees, Fr Luke Chigwanda, and the two recently retired headmasters, Stan Runyowa and Moses Mukoyi provide him with back up and the expertise they have gathered over the years.

After the violence in January I wondered what state the country would be in when I arrived. All was calm, though a lot of people spoke of their anger and distress.

Prices were the worst aspect of life. All prices have risen. Imported goods are often ridiculously priced ($100 for a large jar of coffee for instance). You also can negotiate different prices: if you have US dollars you can often pay a third of the price. But most people don’t have them. Fuel queues are also tiresome. Fortunately Edwin relieved me of the bore of looking for fuel though he often spent 3 or 4 hours in a queue getting it. My great relief was that police road blocks are perfectly friendly and hardly ever stopped us. Only when we had the pigs did they insist on seeing papers and they were not difficult about it.

I left the day the cyclone arrived. I don’t think anyone was prepared for how devastating it was going to be. Mozambique suffered worst. In Zimbabwe it was chiefly the district south of Mutare that suffered. Scores of people were killed, roads and bridges washed away and in Chipinge large numbers of houses in the poor area of town have been destroyed. Along with all the other sufferings, shortages and high prices people must put up with this does add a new dimension to their suffering. Do pray for them.

If you’d like to hear more stories about the young people, and detail on what’s happening in Zimbabwe, please come to the reception we are having at Southwark Cathedral on the 13th May. For more details and to RSVP, email tomhatton1@hotmail.com 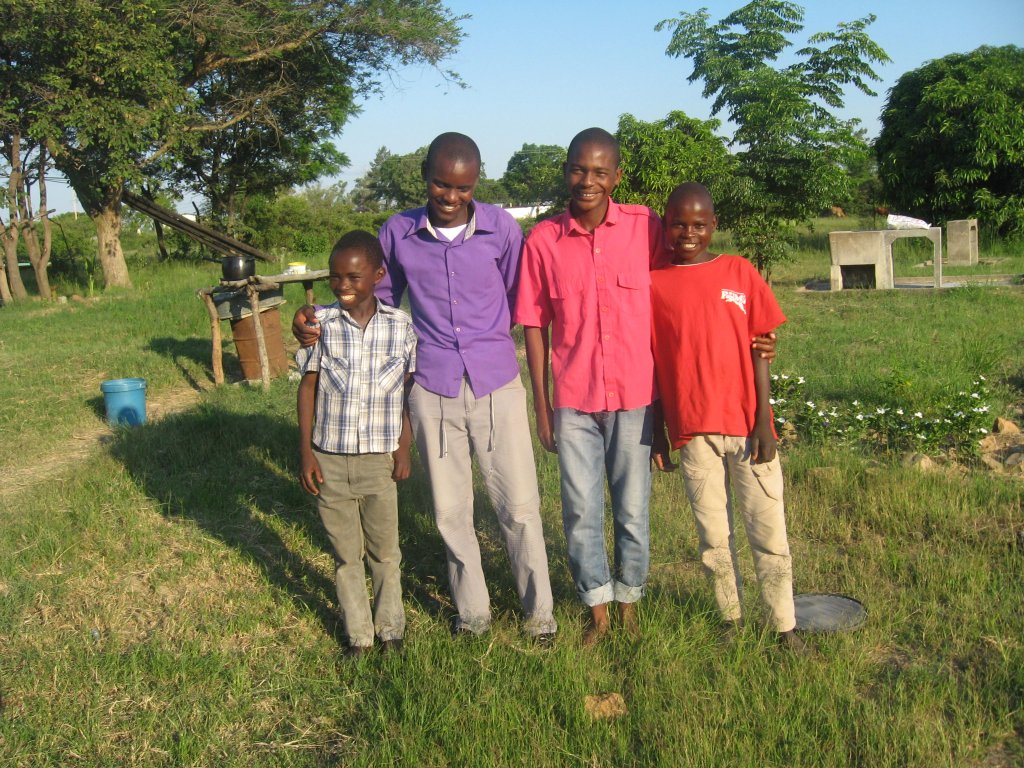 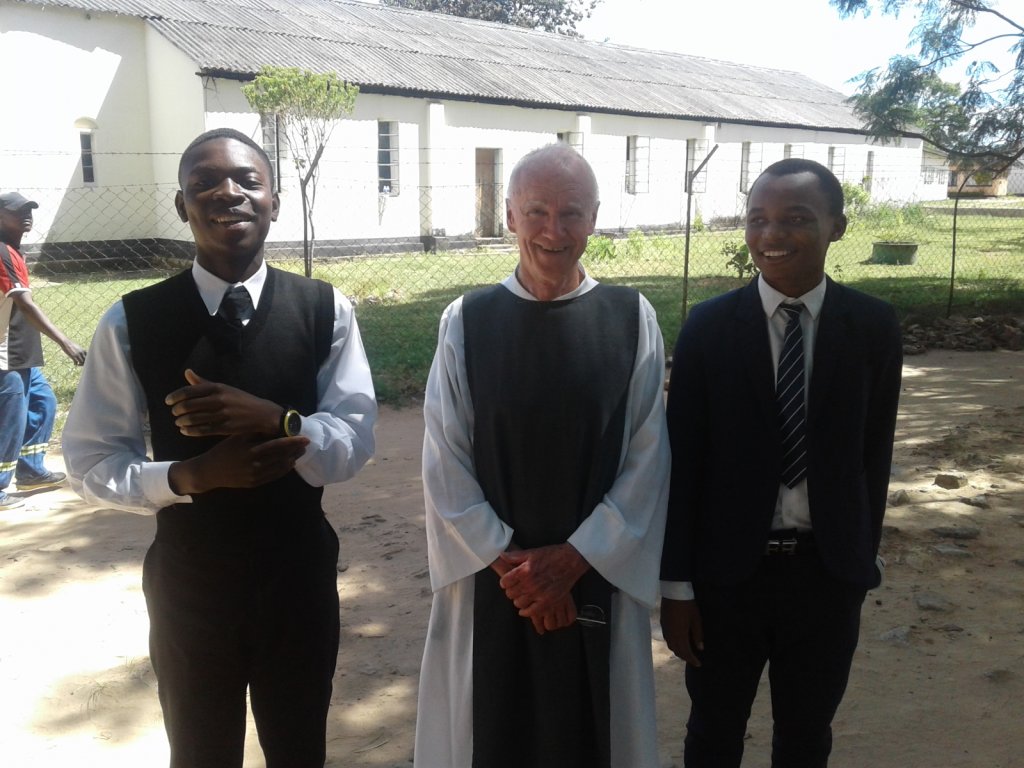 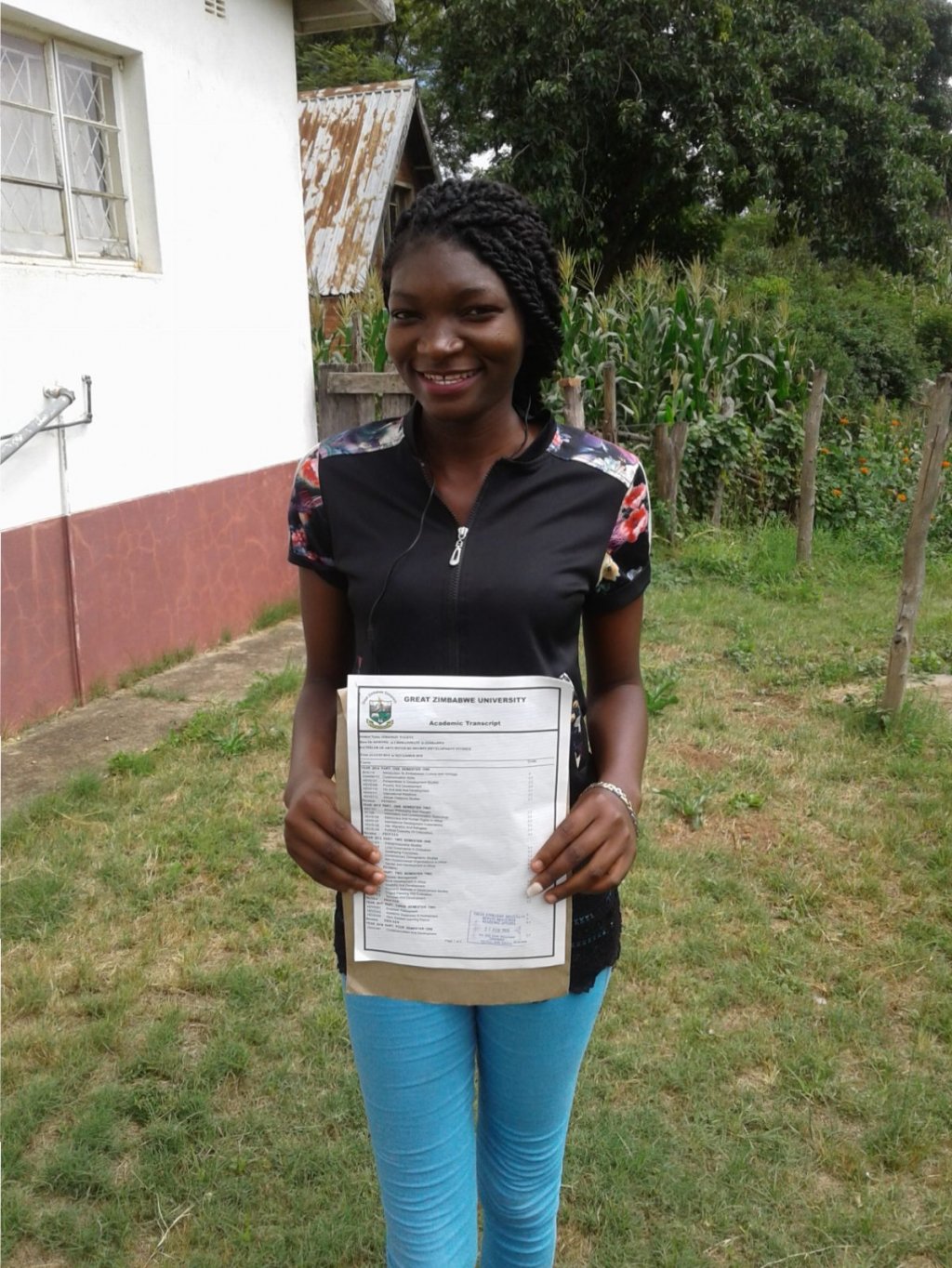 Talent and her degree 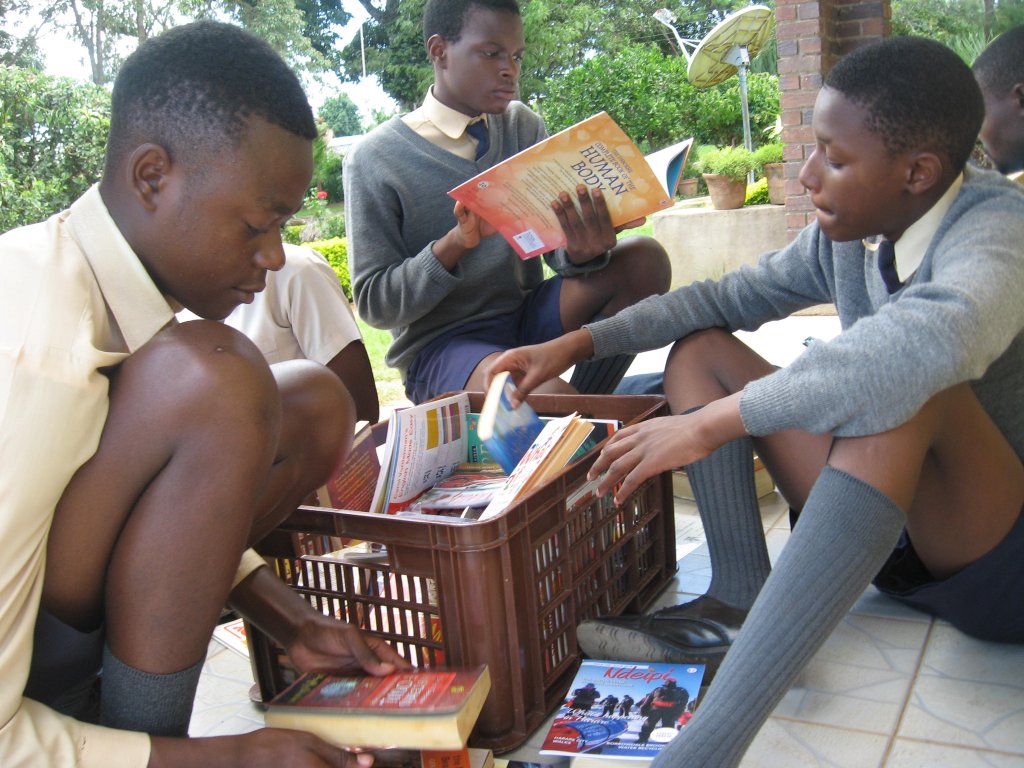 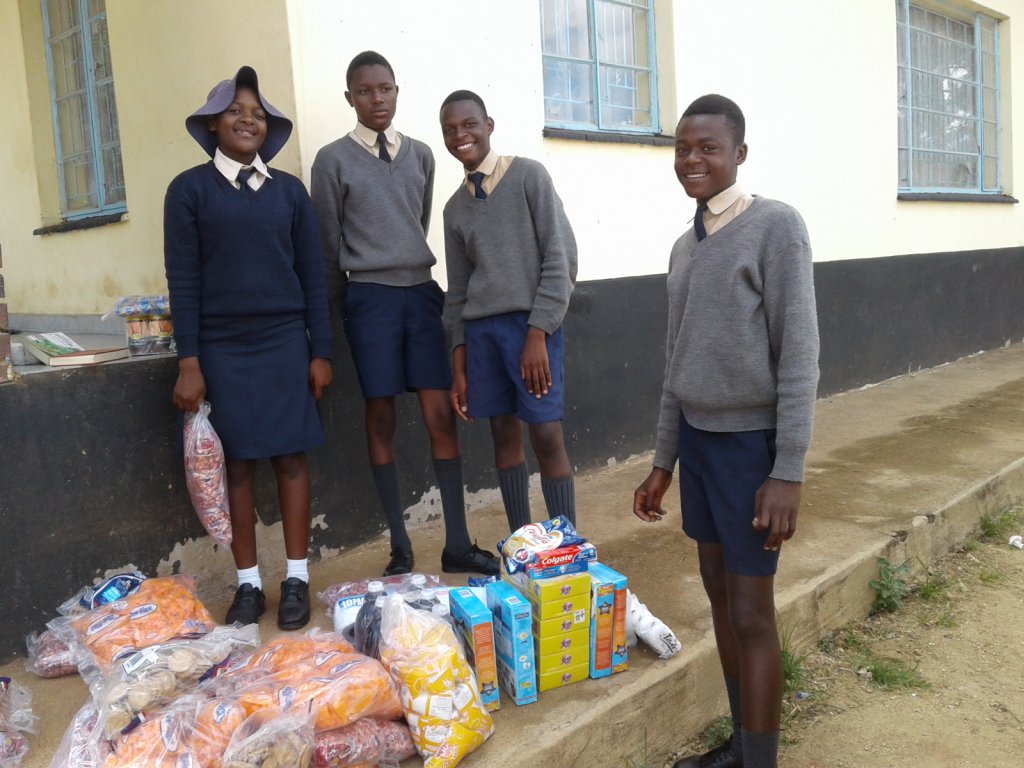 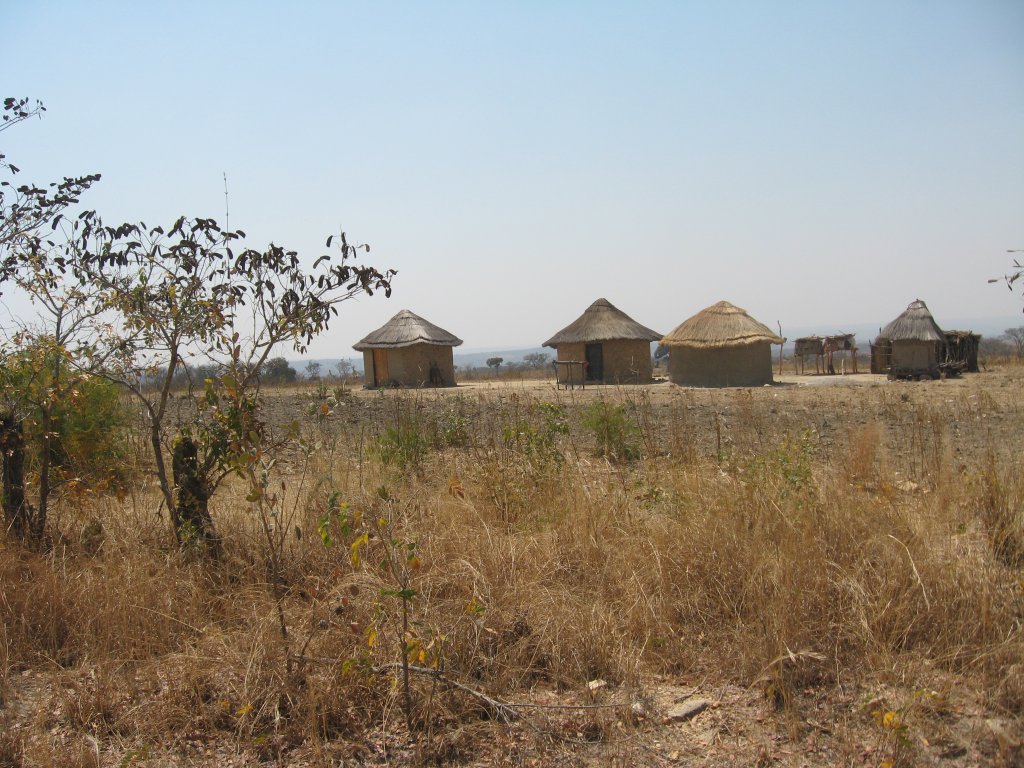 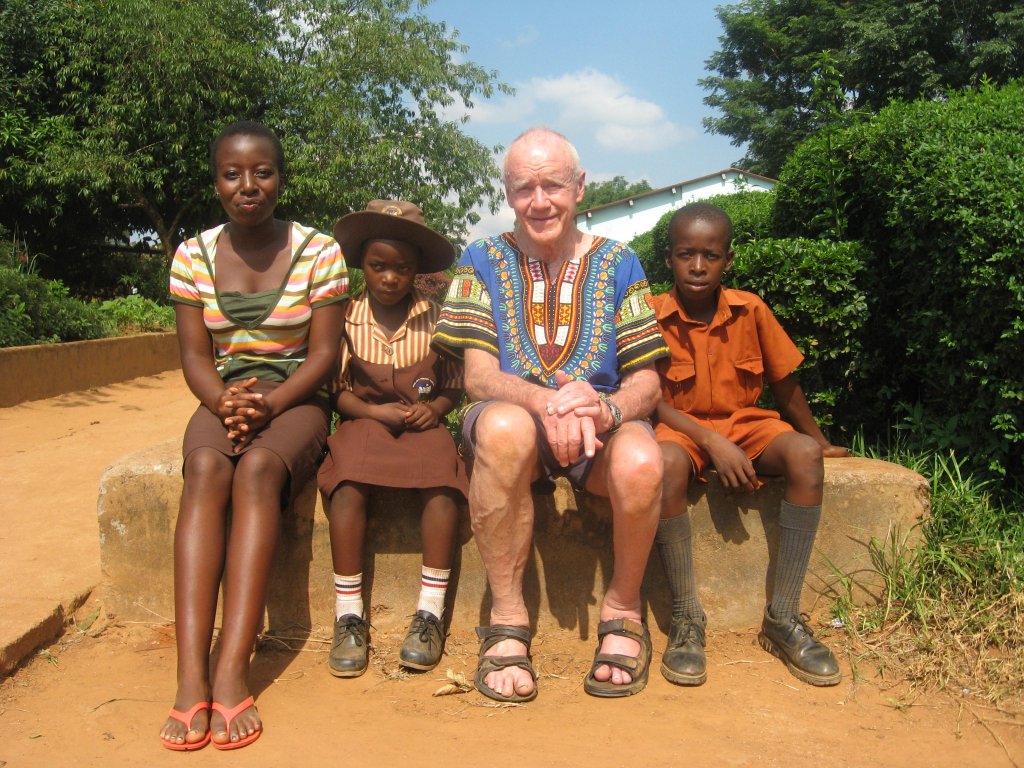 “The poor deserve the best”